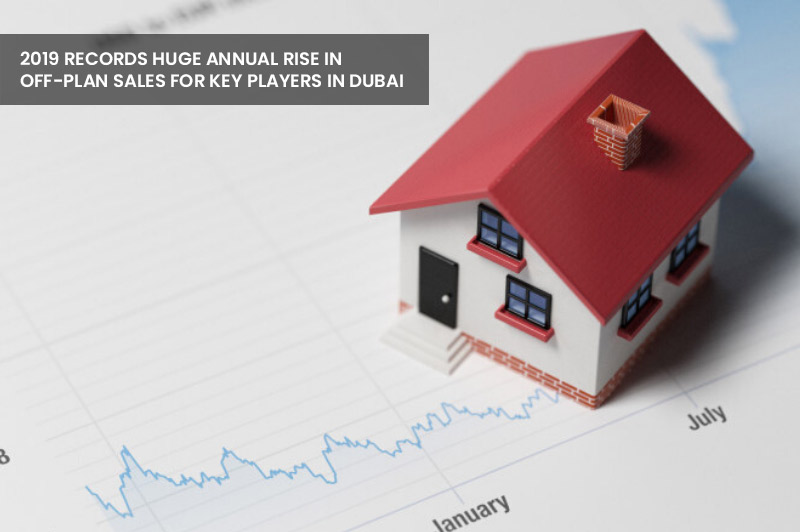 The year 2019 has been a great year for real estate sales in the off-plan sector and Emaar has recorded the highest sale in off-plan with 8,600 transactions in the year.

Data Finder, the platform under Property Finder used to analyse real estate data, helped study all the transactions over the year to conclude on the top developers in terms of the number of sales.

With a 260% increment in the sales from 2018 and an impressive 36% market share, Emaar is currently the largest listed developer.

Dubai Hills Estate recorded 6% of the off-plan transactions. A joint venture between Meraas and Emaar, it registered 1,455 number of sales which indicates a 67% growth in the annual sales.

With the numerous launches that Emaar had in 2019, along with the $6.8bn (AED 25bn) project launch of The Valley and phase III of Arabian Ranches, they made it clear that they will not follow suit with the other developers. In 2019, most developers concentrated on delivering projects and selling the current inventory they have.

The director of data & research in Property Finder, Lynnette Abad, has forecasted that there will be fewer project launches in 2020. The reason she stated is that most of the developers will concentrate on selling their current inventory and completing their projects.

Among the other key players in the real estate market, Damac stood out with 8.9% of the market share in Dubai’s off-plan real estate sector. This accounts for the 2,098 off-plan sales recorded in 2019, which is a 2% rise when compared to the numbers in 2018. Damac, which delivered 2 master communities in 2019, Damac Hills and Akoya, in 2019, also owns and operates the Trump golf course, the only Donald-Trump branded golf course in the Middle East.

Following close to Damac is another key player with 8% of market share was Dubai Properties Group. It is a subsidiary of Dubai Holdings and launched several projects in 2019, including Madinat Jumeirah Living, Serena, Villanova, and 1/JBR. Registering 1,895 off-plan transactions, DPG increased the annual sales by 103.5%.

With a 6% off-plan market share, Azizi developments clocked a total of 1,426 transactions in 2019.

Among the other private developers witnessing an increase in their annual sales in 2019, there were Seven Tides International, MAG Group, Danube Properties, the First Group, Deyaar, and Nshama.

With an increased buyer interest in projects like SE7EN City JLT and SE7EN Residences The Palm, Seven Tides recorded an increase of 228% in their off-plan transactions.